SANTA CRUZ, Calif. — Some of the local growers along the coast here see it as an act of medical compassion: Donating part of their crop of high-potency medical marijuana to ailing veterans, who line up by the dozens each month in the echoing auditorium of the city’s old veterans’ hall to get a ticket they can exchange for a free bag.

One Vietnam veteran in the line said he was using marijuana-infused oil to treat pancreatic cancer. Another said that smoking cannabis eased the pain from a recent hip replacement better than prescription pills did. Several said that a few puffs temper the anxiety and nightmares of post-traumatic stress disorder.

“I never touched the stuff in Vietnam,” said William Horne, 76, a retired firefighter. “It was only a few years ago I realized how useful it could be.”

The monthly giveaway bags often contain marijuana lotions, pills, candies and hemp oils, as well as potent strains of smokable flower with names like Combat Cookies and Kosher Kush. But the veterans do not get any medical guidance on which product might help with which ailment, how much to use, or how marijuana might interact with other medications.

Ordinarily, their first stop for advice like that would be the Department of Veterans Affairs health system, with its thousands of doctors and hundreds of hospitals and clinics across the country dedicated to caring for veterans.

But the department has largely said no to medical marijuana, citing federal law. It won’t recommend cannabis products for patients, and for the most part it has declined even to study their potential benefits. That puts the department out of step with most of the country, where at least 30 states now have laws that allow the use of medical marijuana in some form.

A department survey suggests that nearly a million veterans may be using medical marijuana anyway. But doctors in the veterans’ health system say the department’s lack of research has left them without much good advice to give veterans.

“We have a disconnect in care,” said Marcel Bonn-Miller, a psychologist who worked for years at the veterans’ hospital in Palo Alto, Calif., and now teaches at the University of Pennsylvania medical school. “The V.A. has funded lots of marijuana studies, but not of therapeutic potential. All the work has been related to problems of use.”

Mr. Bonn-Miller said that in 2016, he wanted to study the health outcomes of the veterans who were getting cannabis from the Santa Cruz Veterans Alliance, but he did not seek funding from Veterans Affairs because of the department’s lack of interest in therapeutic use.

Congress is now considering changing that. A bipartisan bill introduced in the House of Representatives this spring would order the department to study the safety and efficacy of marijuana for treating chronic pain and PTSD. If the bill passes, the department could not only develop expertise about a drug that many veterans have turned to on their own — it may also start down the road toward eventually allowing its doctors and clinics to prescribe cannabis.

“I talk to so many vets who claim they get benefits, but we need research,” said Representative Tim Walz, Democrat of Minnesota, who introduced the bill along with Phil Roe, Republican of Tennessee, who is a physician.

“You may be a big advocate of medical marijuana, you may feel it has no value,” Mr. Walz said. “Either way, you should want the evidence to prove it, and there is no better system to do that research than the V.A.” 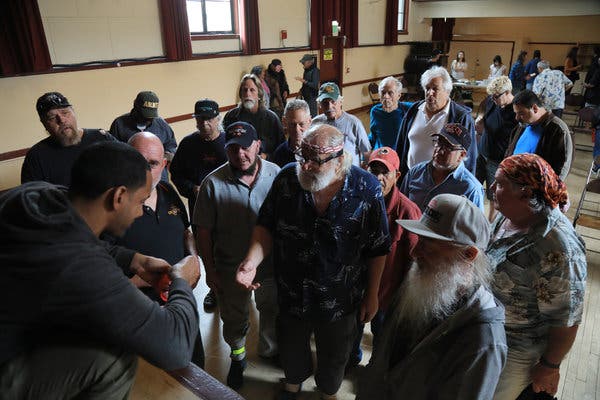 A spokesman for the Department of Veterans Affairs said Congress would need to do more than pass the current House bill. The spokesman, Curt Cashour, said that because cannabis is classified as a Schedule 1 drug under federal law, researchers would need to secure approval from five separate agencies to conduct studies.

“The opportunities for V.A. to conduct marijuana research are limited because of the restrictions imposed by federal law,” Mr. Cashour said. “If Congress wants to facilitate more federal research into Schedule 1 controlled substances such as marijuana, it can always choose to eliminate these restrictions.”

The department does have two small studies in their early stages. One, in San Diego, looks at whether cannabidiol, a nonintoxicating component of cannabis, can help patients during PTSD therapy; it is scheduled to continue through 2023. The other, planned for South Carolina, would examine the palliative effects of cannabis in hospice patients.

“In a system as big as ours, that’s not much, certainly not enough,” said Dr. David J. Shulkin, who was President Trump’s first secretary of veterans affairs before being fired in March.

During his tenure as secretary, Dr. Shulkin eased some rules, allowing the department’s doctors to start talking to veterans about medical marijuana. But many veterans faulted him for not going further.

Dr. Shulkin said that the tangle of red tape surrounding Schedule 1 drug studies should no longer be an excuse not to conduct them. “We have an opioid crisis, a mental health crisis, and we have limited options with how to address them, so we should be looking at everything possible,” he said. 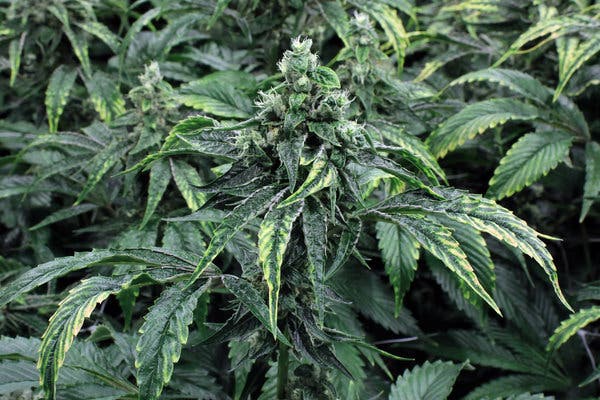 The push for more research and for access to medical marijuana in the veterans’ health system is not coming just from liberal areas of California. The generally conservative American Legion and Veterans of Foreign Wars both favor expanded research. And some of the most vocal advocates are products of the nation’s strict military academies.

“Cannabis is the safe, responsible choice,” said Nick Etten, an Annapolis graduate and former Navy SEAL who runs an advocacy group called the Veterans Cannabis Project. “It helps with the Big Three we struggle with after combat — pain, sleep and anxiety — and it is safer than many medications.”

Veterans are not waiting for a green light from Washington. A department survey in 2017 found that nearly 9 percent of veterans reported using cannabis in the last year, and almost half of those were using it for medical purposes.

The growing use of medical marijuana among veterans is not without risks, though. Cannabis can interact with some prescription medications. Frequent use can lead to dependency and abuse. New forms of concentrated cannabis that are inhaled as vapor can compound both of those problems. And cannabis’s therapeutic value in treating chronic pain, PTSD and other ailments is far from clear.

Veterans who look for information about medical marijuana online find a proliferation of marketing claims and testimonials, many of them dubious. Several companies sell non-psychoactive hemp oil for as much as $150 an ounce that they say is rich in cannabidiol, also known as CBD; the Food and Drug Administration has gone after marketers whose claims for cannabidiol as a treatment for PTSD violate its rules.

A 2017 report by the National Institutes of Health found evidence of a number of therapeutic benefits of cannabis and its various components but said there had been little research relating specifically to post-traumatic stress. 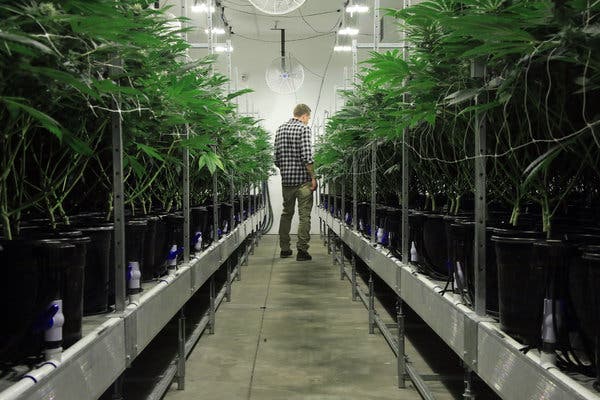 The Santa Cruz Veterans Alliance, the growers who conduct the monthly giveaway, said they felt compelled to step in where Veterans Affairs had not. They are veterans themselves who found that marijuana helped them after combat.

Aaron Newsom, who deployed to Afghanistan as a Marine, said he was part of some “bloody scenarios” in his time there. “When I came home, I couldn’t turn things off,” he said. “I was losing friends, losing jobs. Nothing really mattered after being confronted with life and death.”

He and Jason Sweatt, an Army veteran, now grow thousands of marijuana plants in a 17,000-square-foot warehouse south of Santa Cruz and sell most of their crop in the state’s dispensaries.

One of the alliance’s workers, Jake Scallan, was sent to Iraq with Air Force security forces and came back with a traumatic brain injury and post-traumatic stress disorder. He said Veterans Affairs doctors put him on five different drugs for anxiety, depression, pain and sleeplessness.

“Honestly, there was no healing,” said Mr. Scallan, 30. “I was in such a fog I couldn’t deal with anything.”

After a suicide attempt and hospital stay in 2013, Mr. Scallan was persuaded by a friend to try marijuana for his anxiety and depression. “It was like I could suddenly breathe again,” he said.

He now uses a highly potent concentrate that he said has helped him put his life back together, hold down a job and get married, which he did in July. “I was really lost, and now I can function,” he said.